The History of Sugar Creek

In August, 1969 Sugar Creek Corporation sold a tract of land to the Union Baptist Association for a future church site. This was the first tract of land sold in the Sugar Creek Subdivision, which was the first of many housing developments to be launched in what would become one of the fastest growing counties in the nation. The Missions Committee from South Main Baptist Church viewed the prospective church site and expressed the belief that the site was appropriate for a new church in 1972. An agreement was made between South Main Baptist and the Union Baptist Association that, when the time was right, South Main Baptist would sponsor the new church.

On February 18, 1973, the first meeting of potential church members was held in the Southwestern Savings Community Room. Over the course of the next year, this group of people continued conducting Tuesday night Bible studies in the anticipation of eventually forming a congregation. 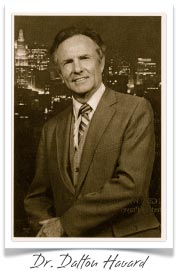 On August 11, 1974, Jim Ranton was called as pastor, and on May 4, 1975, the new church was chartered as Sugar Creek Baptist Church. Sugar Creek became a member of the Union Baptist Association in November of that year.

On April 16, 1979, Dr. J. Dalton Havard was called as pastor of the church, which had a membership of 288. The church grew and the facilities were expanded beyond the original chapel building to include a two-story education facility and a three-story gymnasium which doubled as a worship and family recreational facility. At the time of Dr. Havard’s retirement on October 30, 1988, the church membership was 1,849.

On March 23, 1989, Fenton Moorhead was called as pastor. Under his leadership, the church entered a period of growth in which multiple morning services were necessary to accommodate those attending Sunday Morning Worship. A building program was instituted to construct a 3,000 seat Worship Center, which was completed on January 23, 1994. This beautiful facility continues to house Sugar Creek’s multiple morning worship services as well as conferences, concerts and other outside events from the community. Since the addition of the worship center, two additional office buildings located adjacent to the church parking lot have been acquired to provide an adult education facility and the main church offices. In October, 2001, Pastor Moorhead retired as pastor of the church. 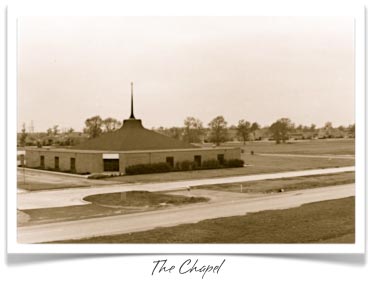 On October 13, 2002, Pastor Mark Hartman was called as senior pastor. Pastor Hartman’s leadership has given Sugar Creek a renewed sense of purpose. In the past few years, attendance in Sunday Morning Worship and Bible Fellowship has grown dramatically. Our church staff and church budget have multiplied. God’s hand is at work at Sugar Creek and we look forward to the future as we continue to Love and Lead all People to Life Change in Christ.