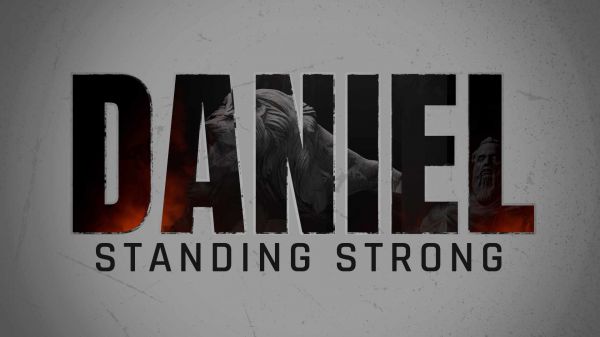 1. OUR GREATEST ENEMY WITHIN IS PRIDE.

A. Proverbs 16:18  Pride goes before destruction, and haughtiness before a fall. (NLT)

Psalm 10:4  In his pride the wicked does not seek God; in all his thoughts there is no room for God. (NIV)

B. Daniel 4:4  I, Nebuchadnezzar, was at home in my palace, contented and prosperous.

C. All of us have personality characteristics that could potentially bring about our own demise.

2. God warns us against falling into the trap of PRIDE.

A. God confronted Nebuchadnezzar about his pride.

1. Daniel 4:5  I had a dream that made me afraid. As I was lying in my bed, the images and visions that passed through my mind terrified me.

2. Daniel 4:10-16  These are the visions I saw while lying in my bed: I looked, and there before me stood a tree in the middle of the land. Its height was enormous.  11 The tree grew large and strong and its top touched the sky; it was visible to the ends of the earth.  12 Its leaves were beautiful, its fruit abundant, and on it was food for all. Under it the beasts of the field found shelter, and the birds of the air lived in its branches; from it every creature was fed.  13 In the visions I saw while lying in my bed, I looked, and there before me was a messenger, a holy one, coming down from heaven.  14 He called in a loud voice: ‘Cut down the tree and trim off its branches; strip off its leaves and scatter its fruit. Let the animals flee from under it and the birds from its branches.  15 But let the stump and its roots, bound with iron and bronze, remain in the ground, in the grass of the field. Let him be drenched with the dew of heaven and let him live with the animals among the plants of the earth.  16 Let his mind be changed from that of a man and let him be given the mind of an animal, till seven times pass by for him.’

3. An angel of God will come and cut you down by giving you a disease, your own people will chase you away and you will live like an animal for 7 years.  After 7 years you will get your kingdom back.  All of this will happen so you will know that God reigns.

4. Daniel 4:27  Therefore, O king, be pleased to accept my advice: Renounce your sins by doing what is right, and your wickedness by being kind to the oppressed. It may be that then your prosperity will continue.

B. God also confronts us about our pride.

1. Pride ruins our relationships with others.

a. It creates conflicts with others.

b. It destroys closeness with those nearest to us.

1. “Temper gets us into trouble, but pride keeps us there.”  (Mark Twain)

2. Proverbs 28:13  A man who refuses to admit his mistakes can never be successful.

2. Arrogance injures our relationship with God.

a. James 4:6  God resists the proud but gives grace to the humble.

b. Isaiah 2:11-12  The eyes of the arrogant man will be humbled, and the pride of men brought low; the LORD alone will be exalted in that day.  12 The LORD Almighty has a day in store for all the proud and lofty, for all that is exalted (and they will be humbled)

3. If we DISREGARD THE WARNINGS, we will eventually pay the consequences.

A. Daniel 4:29-31  Twelve months later, as the king was walking on the roof of the royal palace of Babylon,  30 he said, ‘Is not this the great Babylon I have built as the royal residence, by my mighty power and for the glory of my majesty?’  31 The words were still on his lips when a voice came from heaven, ‘This is what is decreed for you, King Nebuchadnezzar: Your royal authority has been taken from you.’

1. Daniel 4:34  At the end of that time, I, Nebuchadnezzar, raised my eyes toward heaven, and my sanity was restored.  Then I praised the Most High; I honored and glorified Him who lives forever.

B. Daniel 4:36  At the same time that my sanity was restored, my honor and splendor were returned to me for the glory of my kingdom. My advisers and nobles sought me out, and I was restored to my throne and became even greater than before.