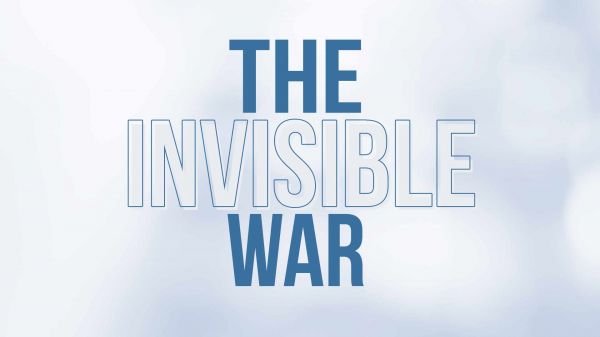 1 Peter 5:8-9  Be self-controlled and alert. Your enemy the devil prowls around like a roaring lion looking for someone to devour.  9 Resist him, standing firm in the faith…  (NIV)

1. SATAN HAS AN ARMY

A. Though Satan is personally limited, he has an evil network that the Bible calls “principalities and powers”.

B. The Bible describes two different groups of demons:

1. One demonic group is in captivity in hell.

a. Jude 1:6  And the angels who did not keep their positions of authority but abandoned their own home – these he has kept in darkness, bound with everlasting chains for judgment on the great Day.  (NIV)

b. 2 Peter 2:4  For if God did not spare angels when they sinned, but sent them to hell, putting them into gloomy dungeons to be held for judgment;… (NIV)

2. Another demonic group is free for now.

Luke 8:26-33  So the disciples and Jesus arrived in the land of the Gerasenes, across the lake from Galilee.  27 As Jesus was climbing out of the boat, a man who was possessed by demons came out to meet him.  Homeless he had lived in a cemetery for a long time.  28 As soon as he saw Jesus, he shrieked and fell to the ground before him, screaming, “Why are you bothering me, Jesus, Son of the Most High God?  Please, I beg you, don’t torture me!”  29 For Jesus had already commanded the evil spirit to come out of him. This spirit had often taken control of the man.  Even when he was shackled with chains, he simply broke them and rushed out into the wilderness, completely under the demon’s power.  30 “What is your name?” Jesus asked. “Legion,” he replied — for the man was filled with many demons.  31 The demons kept begging Jesus not to send them into the Bottomless Pit (hell).  32 A large herd of pigs was feeding on the hillside nearby, and the demons pleaded with Him to let them enter into the pigs.  Jesus gave them permission.  33 So the demons came out of the man and entered the pigs, and the whole herd plunged down the steep hillside into the lake, where they drowned. (NLT)

C. The Bible teaches that demons can possess unsaved people who surrender their hearts to an area of weakness.  Demons can also oppress Christ followers.

2. SOME BASICS ABOUT DEMONS.

A. The Bible teaches that demons are subject to the command of Jesus and they understand a coming judgment awaits them.

B. The Bible teaches that demons are also subject to those Christ gives authority to over them.

Luke 10:1  Now after this the Lord appointed seventy others, and sent them in pairs ahead of Him to every city and place where He Himself was going to come.  (NASB)

Luke 10:17  The seventy returned with joy, saying, “Lord, even the demons are subject to us in Your name.”  NASB)

C. Satan and his demonic organization are limited in what they can do against followers of Christ.

Job 1:10  (Satan says to God) “Have You not made a hedge around Job, around his household, and around all that he has on every side?  You have blessed the work of Job’s hands, and his possessions have increased in the land.”

1 Corinthians 10:13  The temptations in your life are no different from what others experience.  And God is faithful.  He will not allow the temptation to be more than you can stand.  When you are tempted, He will show you a way out so that you can endure.  (NLT)

D. Satan has an evil organization by which he brings attacks against us.

Ephesians 6:12  For we wrestle not against flesh and blood, but against principalities, against powers, against the rulers of the darkness of this world, against spiritual forces of wickedness in high places.

3. THE DARK SIDE IS FIGHTING FROM A POSITION OF DEFEAT.

A. Satan is fighting from a position of defeat.

B. Satan’s goal is to take as many people into destruction with him as possible.

C. Matthew 25:41  “Then He will also say to those on the left hand, ‘Depart from Me, you cursed, into the everlasting fire prepared for the devil and his angels’”

Action Steps for this week…

Back to The Invisible War main page