Baptism: Your Next Step?

Baptism is an outward testimony of the inward change in a believer’s life. Christian baptism is an act of obedience to the Lord after salvation; although baptism is closely associated with salvation, it is not a requirement to be saved.

Jesus told his followers prior to His ascension into Heaven, “Go therefore and make disciples of all the nations, baptizing them in the name of the Father and the Son and the Holy Spirit.” (Matthew 28:19)

For answers to questions you might have about baptism, visit the FAQ section below for clear answers. 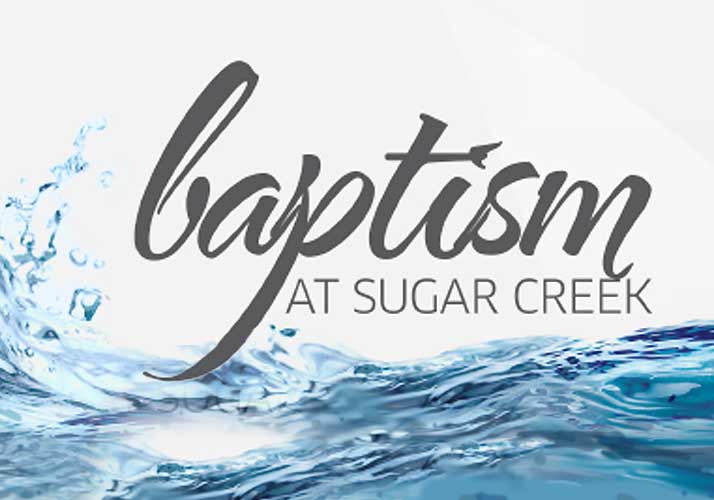 For the Spanish Service, contact Esmeralda Daniel-Davila by EMAIL.

Online registration is now closed. You may visit the Next Step Center 30 minutes before each service to sign up.

Who Should Be Baptized?
Everywhere in the New Testament where water baptism is mentioned, those who were being baptized were people who had committed their lives to Jesus Christ through faith. In every instance, these converts to Christianity were also of the age to understand and express their personal repentance of sin and reliance upon Christ alone for their salvation.

In every instance in Scripture, baptism was always for believers. It is a dramatic act and outward expression of obedience to Christ that always followed a person’s conversion experience. In Acts 16 we read of the prison guard and those of his family being baptized immediately after conversion. Baptism, therefore, always follows a personal commitment to Christ, never precedes it.

How Should I Be Baptized?
The Greek word used in the New Testament (originally written in Greek) is the word “baptizmo.” That word was carried directly over into the English language as “baptism.”   Literally translated, it means to immerse. So, when Jesus commanded that His followers be baptized, He clearly meant that the baptism was to be by immersion in water. We do not believe that believer’s baptism in Scripture ever indicated another method of baptism.

Through baptism by immersion, Jesus gave His followers a beautiful and expressive way of identifying with Him by symbolizing His death and resurrection. When a convert is lowered into the water, it symbolizes the death Christ experienced for our salvation on the cross and his burial in the garden tomb. Coming up from the water symbolizes Christ’s resurrection from that tomb and the completed victory He won over sin, death and the grave, thus securing our salvation eternally. This symbolism is a powerful illustration of one’s faith in what Jesus did for our eternal redemption. 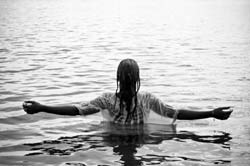 Water baptism is also a dramatic picture of what a convert has experienced by placing faith in Christ for salvation and a new life dedicated to following Him. How so? When a person is lowered into the water, he is essentially acknowledging through that act of obedience that his spiritual birth has left behind a dead life of sin (buried symbolically), and has committed to living a new life of following Christ (resurrection). Through baptism a believer is demonstrating severance from a past without Christ and a determination to live a life of following Jesus.

Bible scholars and historians agree that the universal method of baptism for hundreds of years after Christ walked the earth was by immersion. Over time, either for convenience or a misinterpretation of biblical language, some churches changed the method (by immersion). We are dedicated to remaining aligned with what Christ and the Apostles taught about baptism.

What If My Baptism Was Not by Immersion?
Many people come to Sugar Creek who have been baptized previously, not by immersion, but by sprinkling. A number of Christian denominations baptize converts in this way. Some have asked the question as to whether or not we consider them Christians if they have been baptized by a method other than immersion. Some have even expressed a concern that if they are baptized by immersion now, that they would in some way be nullifying what they knew to be a genuine commitment to Christ earlier in life. Sugar Creek readily embraces anyone who has previously come to saving faith in Jesus. In order to remain faithful to the biblical instructions for baptism, however, we do ask those who seek to align themselves with our church family to consider and then submit to baptism by immersion in order to remain consistent with what we believe the Bible teaches about baptism. We do not feel their previous spiritual commitment to Christ any less genuine because their baptism was by any other mode than immersion.
What about Infant Baptism?
We are committed to following Scripture as our only guide and reference for spiritual life, which includes the issue of baptism. There is no record of infants being baptized in the Bible. Why would that be since some major Christian denominations regularly practice infant baptism? The answer is a simple one. An infant cannot understand what it means to sin, to repent, and to believe. Faith and repentance are the requirements for an individual to be saved. A baby is not capable of either. If you were baptized as an infant, would you consider adding the beautiful expression of water baptism by immersion now that you have a clearer understanding of its meaning and symbolism?

How did infant baptism begin? Infant baptism began as a way for parents to consecrate or dedicate their babies to Christ in fear that infants would die and go to hell. There is no support for this position in Scripture. In fact, baptism in the New Testament is never taught as an act that can be done to or by someone to protect them from hell. Only faith and repentance can bring eternal salvation to anyone. Babies are already safe in their innocence in the eyes of God.

At Sugar Creek, we do have baby dedication Sundays. During these special times in our worship services, we encourage parents to bring their infant children before the church as a public statement that they intend to rear their children in a Christian home and environment so that they, too, will one day come to realize as they mature that they will one day need to make their own personal decision to place their faith in Christ for salvation. The Pastor prays over each child and the church voices our commitment to support those families in their efforts to teach their children of Christ, His love, and His salvation.

What Is My Next Step Toward Baptism?
Jesus commissioned the Church to baptize those who have come to faith in Him. We have pastors at Sugar Creek who are excited to visit with you about your desire to baptized. At the end of each of our Sunday services what we call an “invitation” is extended inviting people to come forward and share their spiritual decisions with a pastor. You may come forward in any service during this time. Also, after each service there are pastors and ministers in The Next Step Center in the Worship Center Foyer waiting to visit with anyone desiring to make a spiritual decision and/or answer questions. We are happy to assist you in scheduling your baptism during those times. Finally, to contact the church office directly to schedule your baptism or ask to speak with a pastor about baptism, call 281.242.2858. We’d love to hear from you!

And Paul said, “John [John the Baptist] baptized with the baptism of repentance, telling the people to believe in the one who was to come after him, that is, Jesus”. 5] On hearing this, they were baptized in the name of the Lord Jesus.

Do you not know that all of us who have been baptized into Christ Jesus were baptized into his death? 4] We were buried therefore with him by baptism into death, in order that, just as Christ was raised from the dead by the glory of the Father, we too might walk in newness of life.

For you were buried with Christ when you were baptized. And with him you were raised to a new life because you trusted the mighty power of God, who raised Christ from the dead. 13] You were dead because of your sins and because your sinful nature was not yet cut away. Then God made you alive with Christ. He forgave all our sins. 14] He canceled the record that contained the charges against us. He took it and destroyed it by nailing it to Christ’s cross.